While a new Apple TV 4K model bows at a reduced price, Apple TV streaming devices rank far behind competitors Roku and Amazon Fire TV, according to data from Interpret.

Updated Apple hardware includes the A15 Bionic chip for “faster performance and smoother gameplay” and HDR 10+ support. The new Apple TV 4K is available in two different configurations: a Wi-Fi only model with 64GB of storage, or a Wi-Fi and Ethernet model with increased storage. The Wi-Fi-only model is priced at $129, about $50 less than the previous version. Apple also updated tvOS 16 to include Siri voice command options so customers can control Apple TV and interact with results by simply speaking.

Interpret VideoWatch data shows that Apple TV has much lower penetration compared to its main competitors, Roku and Amazon Fire TV. This gap is further widened when you consider that Roku and Amazon Fire TV also have partnerships with TV makers to make smart TVs, which run on their respective operating system. 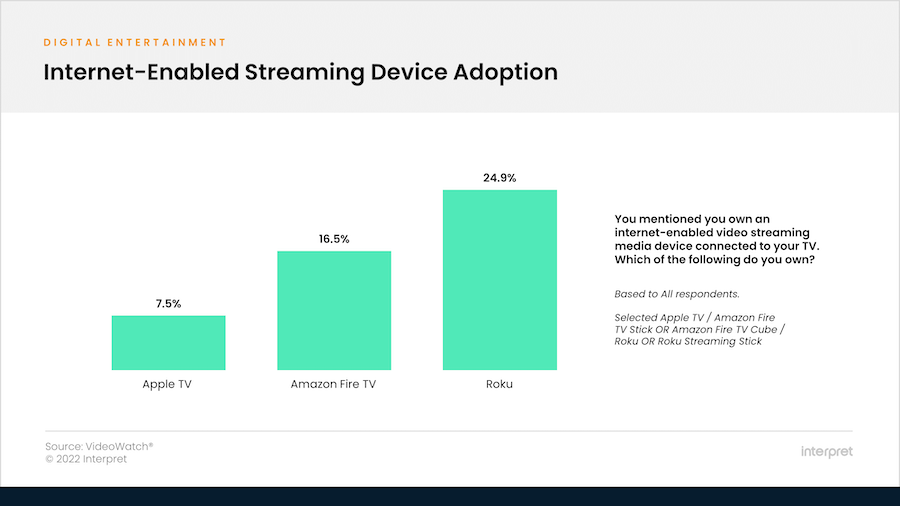